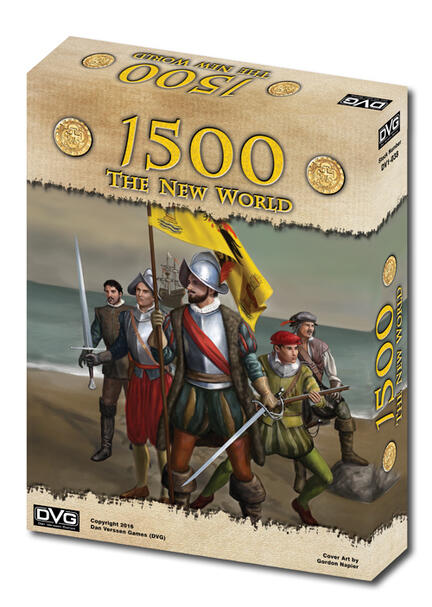 Each player selects a color for their tokens, and then places their Victory tokens and Royal Support tokens on the map. They also gather their Colony tokens in front of them in preparation for conquest! Set-up concludes with each player receiving their starting cards.

During your turn, you get to play those cards.

Cards can be played for their text. There are two types of cards: Action cards are tan, and you play them during your turn. Reaction cards are red and are played in reaction to other players' playing cards. Each player, on their turn, can play as many Action cards as they are able to.

Once you have finished playing cards, you get to tally up your points for the turn. You receive one point for each successful colony you have on the map, and a bonus of two more victory points for each of your export or regional monopolies!

Each of the other players then takes a turn. Once everyone has had a turn, advance the Time Counter.

The game ends when you move the Turn token into the Game Over square. The winner of the game is the player with the most Victory Points!

The core game is for 2 to 6 players. With the addition of 1 or more Nation Expansions, it becomes a game for 1 or more players.

The game comes with a beautiful map, high quality cards, thick counters, and an easy to use rule booklet!

Expansions card is not included in the core game.