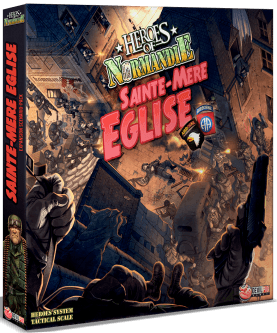 – New vehicles, equipment, character traits and orders for your paratroopers

– 6 terrain tiles, including the church and its bell tower and La Fière manor

Rules and scenarios are both in English and French

You must have the Heroes of Normandie base game in order to use this Scenario Pack.