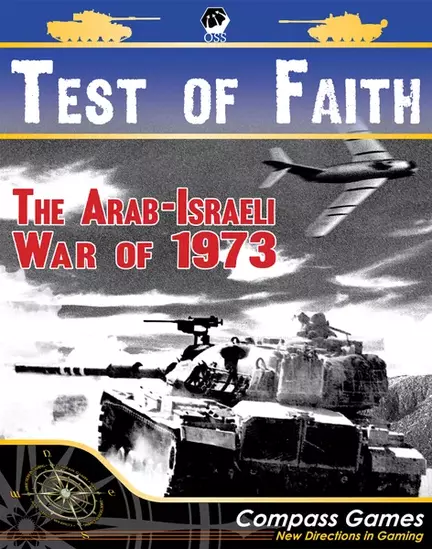 The battle would take unexpected turns as the Israelis finally found answers to the new technology of the Arab army and fought off the challenge – even attacking into Syria and Egypt in the final stages of the battle.

But both sides could claim victory in this war.

The Israelis were still king of the battlefield, but their throne was more uneasy than ever before.

The Arabs proved they could defeat the Israelis in open battle and now were a force to be recognized and respected.

The war had changed everything in the region.

A Test of Faith is a new game in the Operational Scale Series using the new added rules from the Doomsday Project to show this war in a way that has not been seen before.

Highly playable but with an emphasis on command and equipment, OSS uses an impulse system to create a test and challenging game to play, but also with new research, plenty of historical narrative.

One Box and lid