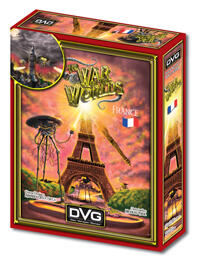 War Of The Worlds - France

Se også War Of The Worlds for video.