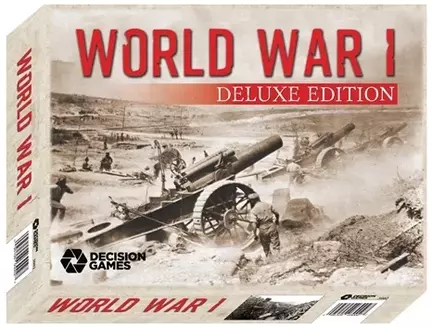 The map covers the entire war zone in Europe (36 miles per hex) and the Middle East (at a slightly larger scale).

Counters represent field armies, with some specialized corps and a few markers.

They are always in short supply, increasingly so as economies shrink over the course of the war. Neutrals, wooed by diplomacy, may bring fresh strength to bear.

The main scenario covers the entire war from 1914-1918 in ten turns, while short scenarios handle the opening phase of the war (two turns) and the final great battles (four turns).

Victory comes from wearing down an opponent, either by capturing essential places or by exhausting mobilization points.

In the game as in the war, battle is sometimes necessary for its own sak