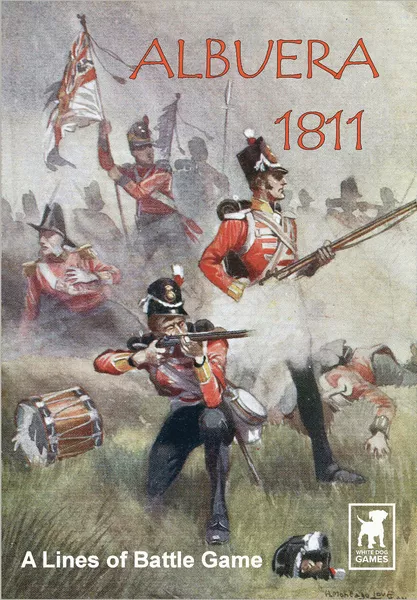 He was wrong. A clever flank attack was stopped dead by some of the best Spanish troops of the war. Then, despite a devastating charge by his fearsome Polish Lancers, the Allies held firm and Soult's efforts were in vain.

Lines of Battle is a new series, of which Albuera 1811 is the first game. It features a fresh take on Napoleonic gaming where the essence of Napoleonic combat is distilled into an enjoyable and interactive battle experience - you can feint, outflank, form square, charge with cavalry, bombard, withdraw - it's all here.

As well as the historical battle, Albuera 1811 contains optional rules for Leaders (counters included), and you can construct any number of scenarios based on a combination of "what if" optional rules.

• Miscellaneous Booklet including Scenario Rules, History    of the Battle and Designer Notes