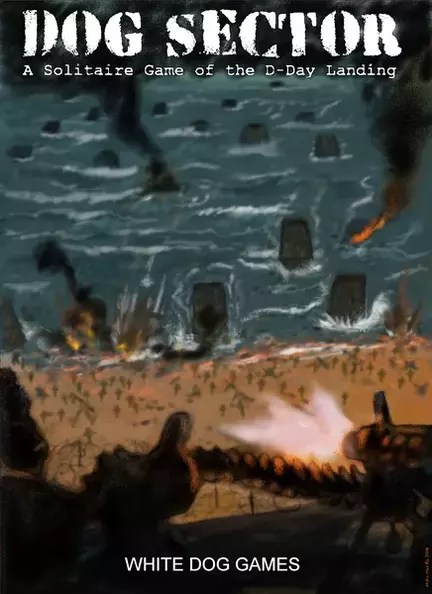 American forces from off-map transports assault the beach. Those units not swamped during the approach attempt to move up the beach toward the German-occupied bluffs, clearing obstacles as they advance.   Some units (tanks, sharpshooters, bazookas) execute ranged fire at fortified German units.  Naval Forward Observers guide ship-to-shore fire support.

The Player’s assault force faces German defensive fire (solitaire, system-controlled) from machine guns and anti-tank emplacements, panzerfaust and rifle fire, as well as off-map German artillery.  When the bluffs are reached, American units must clear the trenches by assault.

Game tension is visceral as your brave Joes are pinned down or hit by the intense German fire. You’ll grit your teeth as a Combat Engineer team deploys Bangalore torpedoes to clear obstacles while under fire, and cheer when a German unit is taken out by a tank or by a ship’s guns directed by one of your forward observers.

How many sections of German trench will your men be able to clear in the twelve, heart-pounding game turns? Will you be a private or a colonel at the end of the game? Good luck, soldier!