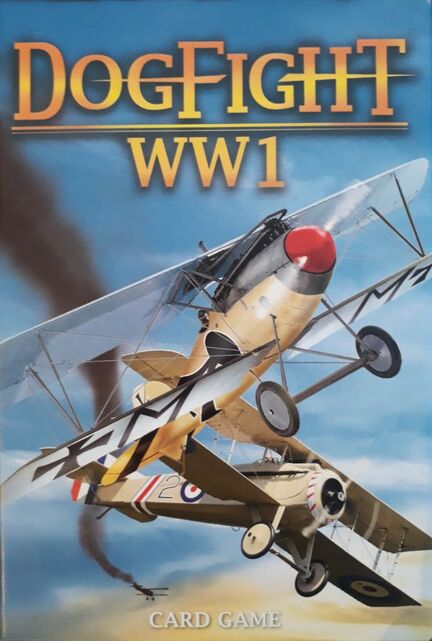 Take on the role of aviator of World War I. Challenge your opponent to fight in the air, take advantage of the capabilities of your aircraft and prove that you deserve the title of ace.

The aim of the game is to get the most victory points by winning plane battles. Game is very simple and quite similar to traditional card game called "War".

During turn active player chooses one victory card (the winner of the battle will get it) Victory cards have some special abbilities. After that he decides which factor of the plane will be important in this battle (each plane card has some features like: speed, range, fire power, maneuverability etc.). After that each player plays one plane card in a secret. Bigger factor wins. That player is now active player.

Game ends when nobody has card in a deck and hand. Winning player is a person with more victory cards.