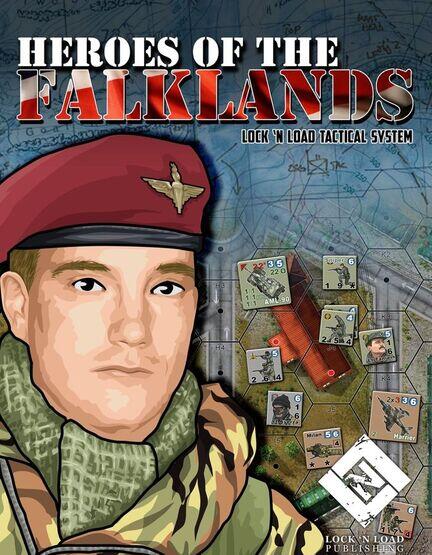 The British government responded by sending a large naval task force to the South Atlantic to reclaim the disputed islands. Here, the fierce ground combat that occurred during the war is depicted as only the immersive squad-level Lock ’n Load Tactical Series can.

Heroes of the Falklands feature the Argentine seizures of Stanley and South Georgia and all of the major land battles, from the British Paras’ costly but morale-boosting assaults on Darwin Hill and Goose Green, to the daring commando raid on Top Malo House, across East Falkland to the climatic battles for the ring of hills around Stanley. Two what-if scenarios depict Argentine opposition to the British landing at San Carlos and a last-ditch fight for control of Stanley. Put on your cold-weather combat gear and bring along a pair of night-vision goggles: the fate of the islands is at stake!

Requirements: No other product is required to play this game.  This game contains some previously released material from A Ring of Hills.