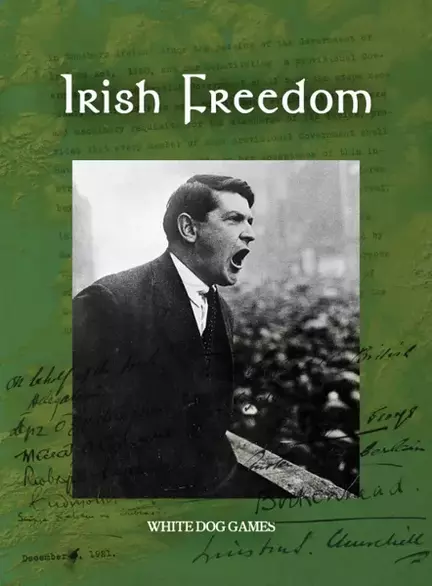 As the player, you play the Irish rebel forces fighting for Independence against the British in the War of Independence. If you are successful in this, you then play the Free State forces against the Republican enemy in the Irish Civil War. Alternatively, you may play either war as a stand-alone game.

Game play involves moving your forces, represented by counters, on a map of Ireland. You can also raise fresh forces to help your armed operations.  A simulated enemy move will attempt to prevent your victory. Victory is achieved by a combination of how quickly you can win the War of Independence and how quickly/completely you can win the Civil War.