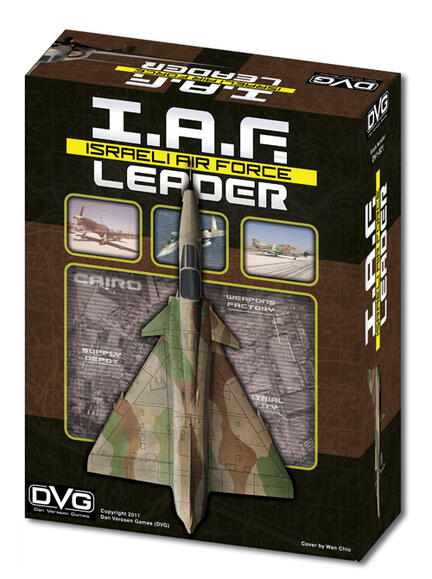 A major part of the game is mission planning. You decide how to arm your aircraft and which pilots are best for the mission. Pilots are rated for skill level. Deciding which pilots to fly each mission is a major consideration. Your pilots will become fatigued with every mission. If you fly a pilot too often, his skills will degrade. Your pilots also gain experience with every mission flown. This makes for some great decision-making. Should you keep flying the top pilots and further fatigue them to get the job done, or fly the new guys to prep them for the tough missions ahead?Missions are quickly resolved using an area movement system to display tactical combat over the target. Priority is placed on speed and realism. You get to resolve every missile launched at enemy bandits, and every air to ground attack against the enemy target. You also get to resolve the enemy SAM, AAA, and Bandit attacks against your aircraft.While performing each mission, you get to decide how your pilots engage the enemy Bandits, SAMs, and AAA Sites. This makes for some tough choices. The more suppression munitions you haul to the target, the safer your pilots will be, but you will be able to load fewer munitions to destroy the target.For IAFL, we have created a few entirely new systems. The Invasion Track, Escalation Cards, and Pilot Skills.As historically Israel has been invaded quite a few times, the Invasion track symbolizes that. Some Target cards have the "Invasion" note on them, and this means that if you do not Destroy the Target that day, it will slowly Invade Israel ramping up Pilot Stress, and costing you precious Special Option points.