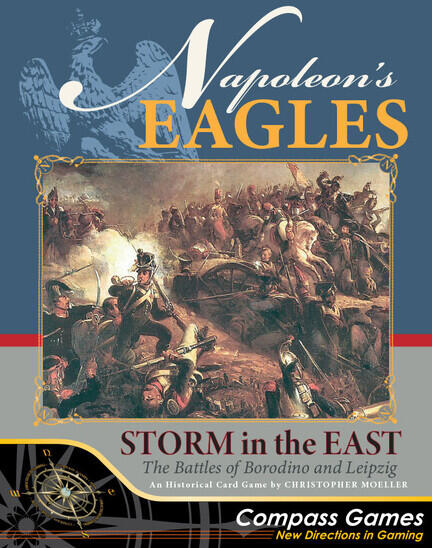 Napoleons Eagle Storm In The East

The events of Autumn 1812 to Autumn 1813 marked a pivot point in the history of 19th Century Europe.

Despite ominous setbacks in Spain, Napoleonic France before 1812 was at the height of its expansion.

The continental system was holding, if imperfectly.

Monarchs friendly to the Empire (several, members of Napoleon’s immediate family), ruled in every capital of the continent.

Only Britain remained unbowed. By the end of 1813 the story had changed dramatically…

225 Poker-sized cards which include 89 Unit Cards, 32 Terrain and Info Cards, and 104 Playing Cards

One Rules and Scenario Book