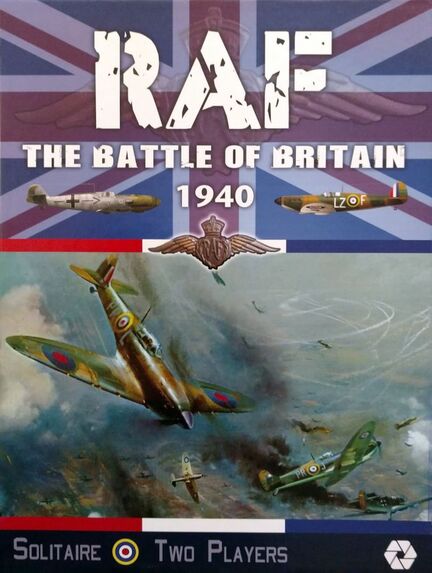 RAF: The Battle of Britain 1940 is three games in one, on history's greatest air campaign.

RAF:EAGLE reverses the solo game -- you control the Luftwaffe planning and executing raids against the RAF. Also, you flip the map over for a German perspective on the campaign. Advanced rules include, High Command requirements, deep targets, Jabos and special rules for Ju-87 Stukas.

RAF: 2-PLAYER allows for head-to-head play. A separate German planning display is added to allow the German player to plan his raids in secret.

Each game has its own complete rules booklet.