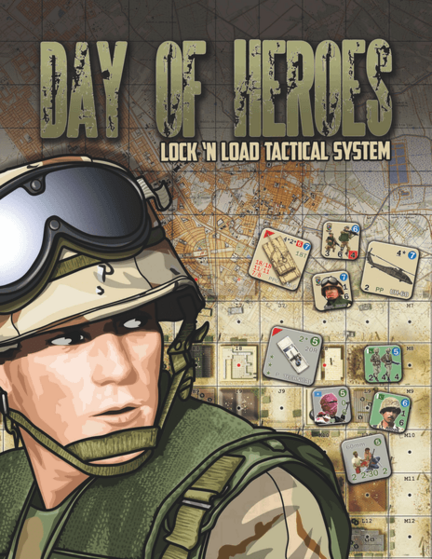 On the afternoon of October 3rd, 1993, a combined force of American Rangers and Delta Force operators dropped into an area of Mogadishu, Somalia, controlled by notorious clan warlord Mohamed Farrah Aidid and his loyal militiamen. Engelsk manuel.

The Americans’ objective was to capture two of Aidid’s high-ranking lieutenants and get out, but the Aidid and his men had different plans. Two destroyed Black Hawks, 100 American casualties, and twenty-four hours later, the “one-hour” mission ended.

Day of Heroes lets gamers rope down from a Black Hawk with a Chalk of Rangers or step off a Little Bird with Delta Force operators onto the mean streets of Mogadishu, filled with the smell of noxious smoke rising from burning roadblocks, a signal calling Somali militiamen to arms. Play nine scenarios, including the campaign-length scenario, “Day of Heroes”. The Battle of Mogadishu is on, and you can be a part of it.

Requirements: No other product is required to play this game.  This game contains some previously released material from A Days of Heroes.